Even though it is still scheduled at this point (September 12), as we've been discussing for over a month, I just don't see how NAB 2021 survives. If it actually does go forward, it will be a fraction of a normal NAB which in 2019 had 91,000 attendees.

The latest big vendors to announce they are pulling the plug from attending NAB are Canon, Panasonic, Ross Video and Sony. Add them to the other big anchor vendors who have already announced they won't be attending, Avid, Adobe and Blackmagic Design, and what is left for NAB 2021? The NAB variant?

Some interesting news is that NAB has already announced NAB 2022 plans for April 23-27. That in itself does not encourage people to attend NAB 2021 when NAB 2022 is just six months away.

We've been discussing whether NAB will actually go on this fall on FCP TV LIVE for over a month.

As usual, you can follow along for the latest in FCP News at the FCP Radio podcast or on YouTube at FCP TV LIVE!

What does this actually mean for NAB 2021 in October?

I expect an NAB 2021 cancellation announcement at any time.

“We know that many of our exhibiting partners and attendees have had to make very difficult decisions about whether to participate in this year’s Show – particularly our international partners. We respect their decisions as valued partners and look forward to seeing them again, if not next month, then at the 2022 NAB Show in April.” - NAB president and CEO Gordon Smith 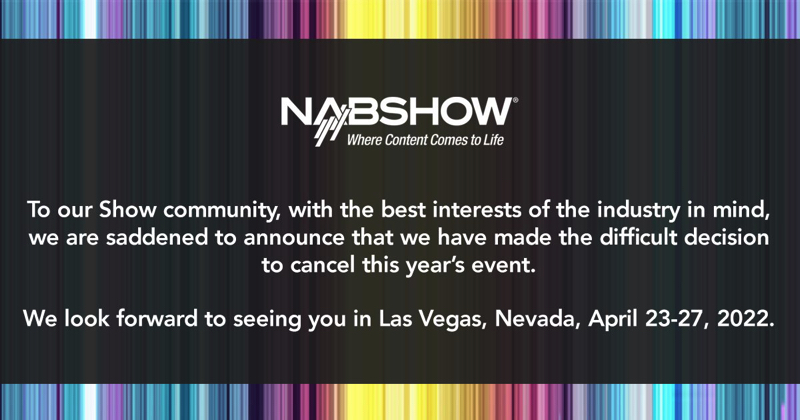