FCPro Editors will be on Intel Macs for years to come

As usual, the best Final Cut Pro professionals from around the globe will be discussing

Final Cut Pro on FCP TV LIVE and the FCPRadio.com podcast where we've reached over 1.2 Million podcast downloads and started our 6th year!

You can download and listen to the Final Cut Pro Radio podcast on iTunes here.

This first round of Apple Silicon Macs are entry level Macs and the easiest to port over using an upgraded iPad Pro chip.  The Mac mini and a 13" MacBook Pro starts a two year Mac transition to Apple Silicon. That takes us to the end of 2022 or even 2023. I'd venture to say that the majority of FCPro editors don't use a Mac mini as their main machine. So these first Apple Silicon entry level Macs won't affect the vast majority of FCPro editors. That number would likely be 3 million+. These FCPro editors will still be editing on their Intel Macs in 2021 and 2022 and beyond.

As Apple updates FCP, Apple Silicon specific features only affect a tiny minority of FCPro editors currently. So the FCP Team should be paying attention to the majority of its users.

This is not a debate about Intel versus Apple Silicon.

This is just about a breakdown of likely usage between the two over the next few years.

Pro level Macs, the iMac Pro and Mac Pro, are likely up to 2 years out. Obviously they could arrive a bit sooner as Apple is usually conservative in its forward-looking predictions. The 16" MacBook Pro could arrive sooner as well. It is the most popular Mac for FCPro editors by far (over 60% according the the FCP Pro Apps team) so extra effort to get it to market sooner makes financial sense. The Apple Silicon based 16" MacBook Pro will move the silicon transition needle the most, followed by the iMac. There could even be a new Macintosh desktop that sits between the Mac Mini and the 2019 Mac Pro in the works.

But even when a given Apple Silicon Mac ships, not every user of the Intel version of that Mac line will rush out and buy the new version on day one. I'd say 10% would be generous. That leaves ~90% still using their Intel version for editing for months and years. And some won't buy a gen 1 version of this new technology but will wait for gen 2 so the first gen hardware bugs can be worked out.

And an editor's regular Mac upgrade buying cycle will still be in effect. If they bought a 2019 or 2020 16" Mac Book Pro, they would likely hold onto it for 2, 3 or 4 years before updating.

The first-generation Intel-based Macintoshes were released in January 2006.

Support for Rosetta was dropped from macOS on 10.7 Lion, which was released in July 2011, five years after the transition to Intel was complete.

But even at that point, not everyone was on an Intel Mac just like when all support for Intel Macs stops years from now, not every Mac user will be on Apple Silicon.

I bought a 2019 Mac Pro and intend to be editing on it for a few more years. I suspect the Apple Silicon version of the Mac Pro will be the toughest for Apple to produce and it will arrive last. What I don't want to see is a return to the Trashcan II with non-user replaceable GPU, CPU, RAM, no PCIe slots etc. That would be a major step backwards and a huge mistake.

"We have some new Intel based Macs in the pipeline that we're really excited about."

Macs plural. We've only seen one so far, the iMac.

"We plan to continue to support and release new versions of macOS for Intel based Macs for years to come."

The same can likely be said of a Universal II version of FCP that supports Intel Macs.

For years to come. Some FCPro editors are still using old cheese grater Mac Pros in 2020. I'm still using my 2009 Mac Pro in my recording studio for tracking as all of my multitrack hardware is ready to go on this machine and it still works fine.

Going forward over the next two years Mac buying cycle will see a large adoption of Apple Silicon Macs.

But even then, many will still be using Intel Macs. Not buying new Macs but still using their existing Intels.

FCPro editors will be using Final Cut Pro on Intel Macs for years.

If Apple makes a Mac Mini Pro or a regular desktop Macintosh that sits between a Mac Pro and the Mac Mini, that would be a contender for my first Apple Silicon Mac. Otherwise I'll be looking at the next gen M2X Apple Silicon 16" MacBook Pro. 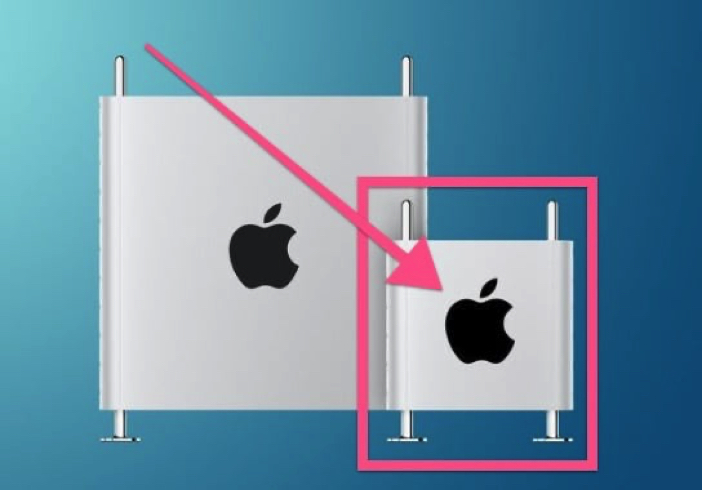