Congratulations to the entire FCPX team at Apple for doing a great job over the last 9 years. Here's to a great year 10 with FCPX 10.5! 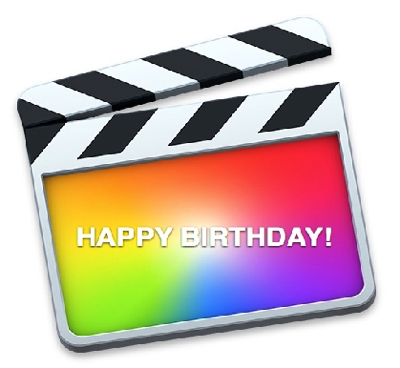 June 21, 2011 was a day that turned the non-linear editing world upside down with the initial release of Final Cut Pro X. And on the same day Apple dropped the sale of FCP7. Depending on which side of the FCPX fence you were on most likely reflects your opinion of this date. If you were using an earlier version of Final Cut Pro, Apple presented you with a cliff; either take the risk and jump across to FCPX or stay "safe" and continue to edit with a legacy FCP version. There was no path from FCP7 to FCPX on its initial launch.

The two million+ legacy FCP users in 2011 could not open their projects in FCPX and continue editing. FCPX was a version 1.0 app, not three versions past FCP7 as the name 10 might suggest. Everyone who decided to give FCPX a try had to start from scratch.

So what did you do? Did you jump across the FCPX canyon? Did you use FCPX 10.0 like some of us or wait to dive in on a later release? I started using 10.0 on day one, as did thousands of others, for basic projects and more importantly to learn this unique forward thinking NLE. I could see the future path of non-linear editing it was paving. But I also continued to use FCP 7.0.3 for quite some time waiting for FCPX to mature and add back necessary features for most of my work.

Now, dozens and dozens of updates later and every one of them for free, we're up to FCPX 10.4.8. Everyone is waiting for FCPX version 10.5 as FCPX 10.4 is a record-setting 30 months old at this point. The average time between full number updates is 16 months. So 30 months is about double. Something big must be going on.

Apple publicly announced 2.5 Million seats of FCPX over two years ago at NAB 2018. So we're probably over 3 and likely around 4 million by now. And, for those counting, that is nine years of free updates.

WWDC starts on Monday and although it is not usually an event for the Pro Apps, could there be a mention of FCPX? We'll have to wait and see. (YES!)

Final Cut Pro X is a forward-looking NLE. It doesn't have a rear view mirror. Something like FCPX's magnetic timeline is very unique and useful and at the same time is very divisive among video editors. But the FCPX team did include a tool to effectively turn it off.

There is an ever growing FCPX community, likely over 3 million seats (probably around 4 million) and many Final Cut Pro X resources, including 3rd party developers. Many developers offer free templates and tutorials. And there are many professionals using Final Cut Pro X for major Hollywood films, TV stations worldwide and many professional projects. Professional video editors are using and prefer FCPX for their projects every day.

And continuously for the last 5 years, Final Cut Pro Radio brings you FCPX news, chat. commentary and interviews from the best FCPX professionals from around the globe. You can listen to each episode in iTunes here. 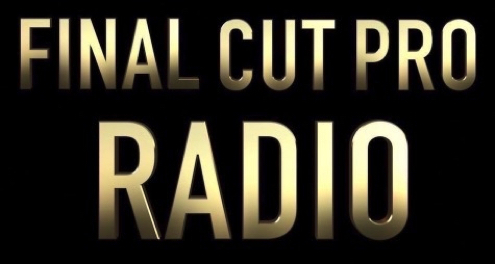 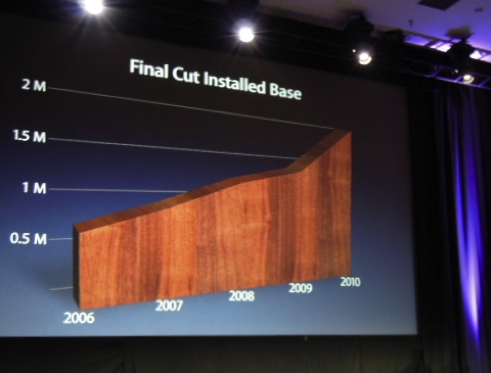